Following a Vegan lifestyle or a plant based diet in the Caribbean is hard.
Correction: it USED to be hard.

With Veganism either trending or more people becoming aware of what they put into their bodies,  it is no wonder that the Caribbean is slowly catching on to a more vegan way of life.

St. Maarten has seen quite some restaurants adding vegan options to their menus and we are even seeing vegan eateries being added to the long list of restaurants here. Local farms and green providers are popping up like mushrooms, making it easier to get your hands on organic and sustainable greens. And St. Maarten is not the only one.

The season for stuffing our faces is upon is and who says you cannot enjoy great Christmas meals if you are vegan, vegetarian or just mindful of what you eat?

It is that time again. Hurricane season is here. The time all of us in the hurricane belt dread the most.

Yes, summertime comes with its advantages. It is the time we local folk get to play and we finally enjoy our beaches again, cause you know, we don’t swim in the winter. It’s just too darn cold 😉 But with all that fun and play, there is always that looming threat of another hurricane.

The hurricane in 2017 was not our first rodeo and neither will it be our last. By now most of  us who experienced the storms in 2017 consider ourselves somewhat of a pro when it comes to hurricane preparedness. We have learned our lessons and are now better equipped to survive the aftermath. Or so we hope.

But one thing I still have difficulty mastering is how to stock my pantry as a Pescatarian/Vegetarian and wannabe Vegan.

Hidden in a quiet neighborhood in the Cul de Sac area on French St. Martin, is a treasure buried in an otherwise mundane side street. Sol E Luna has long been a name whispered amongst those who have previously visited this little gem. It’s usually spoken about in a slight whisper, as if it’s a secret and speaking the name out loud would forever damage its sacred quiet atmosphere, sending hordes of people running for a chance to sample it for themselves. 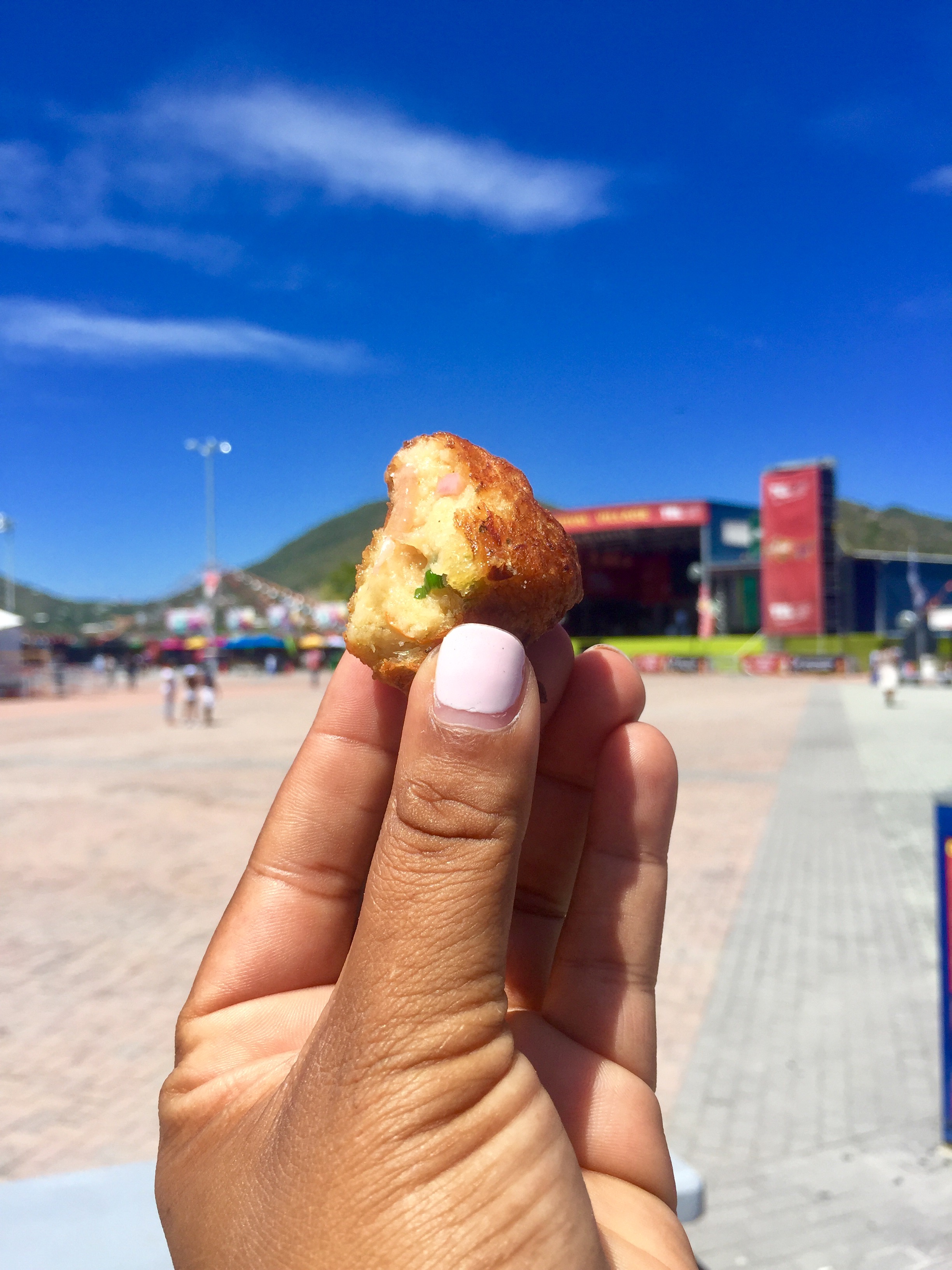 I love food and there is nothing anyone can do about it. So, imagine my delight when I received an email from Flavors of St. Maarten Food Tours inviting me to join them on their next trip. As you can imagine it took me exactly 3 seconds to decide and reply with a “Hell Yeah”.

The day of the food tour could not come fast enough. I  was so looking forward to this and was sure I was going to have a blast. The day of the tour however, I started feeling a bit apprehensive. I was going on a bus with a bunch of strangers for half a day touring an island I know like the back of my hand. Would I be able to get along with everyone? Would there be vegetarian options for me? Would I be able to enjoy it seeing that I call this island home and know most of the restaurants on the list? Would I look stupid with my selfie stick? I pushed those insecurities aside and decided to just go with the flow. I made sure my camera and GoPro were charged and ready for action.

A few weeks ago, after a particularly epic weekend with lots of booze and everything that’s bad for you, I realized I no longer recover like when I was in my twenties. Staying up way passed  bed time on a school night, drinking and eating crap, no longer agree with me.

As I watched myself in the mirror with horror the next morning it dawned on me that it is time to do what I’ve been dreading the most: to start living a healthier lifestyle. So I called up my friend Omarie at the Health Factory and scheduled a two week detox meal plan to be delivered at my house every morning. I then made the dreaded phone call to my fellow barflies and told them I would not be showing up for a while, in case they thought I had died. I locked myself up in my house and refused to even go to work at my own bar in case the temptation proved too strong.

After two weeks of intense detoxing with salads, smoothies and lots of water and a couple of pounds lighter it was time to start my new healthier lifestyle. I started yoga, drank a lot of water, avoided alcohol whenever possible and after viewing male baby chicks being thrown into a grinder alive! (Thank you Facebook) I decided that I could no longer proclaim to be an animal lover and still partake in the cruel massacre of millions of animals every week. So, much to my husband’s annoyance I started a vegetarian diet.